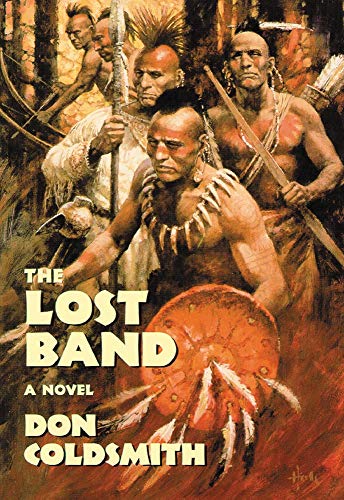 Noted western writer Coldsmith adds yet another chapter to his already lengthy Spanish Bit Saga (28 books), taking up the story in the late 18th century, shortly after the events of the previous installment, Medicine Hat. In a different turn, his ongoing exploration of a fictional Plains Indian tribe here becomes a crackerjack mystery novel. The People have gathered all their clans for their annual religious rite, the Sun Dance. At the tribal council that accompanies the ritual, an empty place is left for the Forest Band, now considered the Lost Band, who disappeared 200 years earlier, even before the coming of the Spaniards. The Forest Band was presumed eradicated when, one year, they failed to arrive for the Sun Dance; no one knows what happened to them. This year the ritual is thrown into confusion by the arrival of Story Keeper, who claims to be chief of the Lost Band. He moves to assume his seat at the council, but in order to do so, he must reveal the fate of his people. The story he unfolds is the complete history of the People from their Creation myth to the coming of the Europeans, to the domestication of the horse, which revolutionized the People's way of life. The Lost Band has been a fixture in Coldsmith's Spanish Bit Saga, a recurrent but unexplained piece of the People's history. The writer blends various tribal traditions (Kiowa, Arapaho, Comanche, Cheyenne) to shape the culture of his People, and so readers may be misled into thinking they are getting accurate information about Native Americans in his homogenized account. Even so, the author spins a compelling yarn. In revealing the fate of the Lost Band, he gives a broad overview of the entire Saga, which will serve new readers by providing an entr e into the world of the People. (Apr.)
close
Details