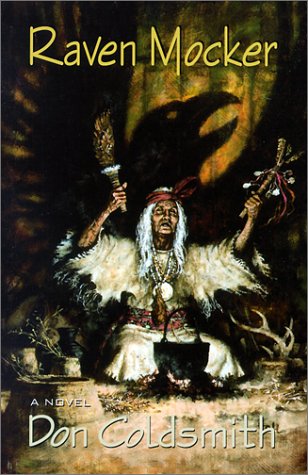 In the latest installment of his Spanish Bit Saga, yeoman western writer Coldsmith tells the tale of Granny Snakewater, née Corn Flower, an orphaned Cherokee girl who falls under the tutelage of her adoptive namesake and gradually replaces her as the conjure woman for the Real People. Grown old and reclusive, Snakewater falls victim to rumors that she is the embodiment of the spiritual demon Raven Mocker, which gives her the power to steal years from others' lives and add them to her own. As the village's suspicions become more pointed, she flees west to Arkansas, where she takes up with the Elk Dog people and becomes a central player in their development of the Sun Dance. Although vague about setting and time, Coldsmith provides a kind of Classic Comic Book account of Indian civilization before it was destroyed by white encroachment. His Native Americans speak like Oxford dons, except when they drift into a casual 20th-century idiom, which happens with annoying frequency. Apart from a few "bad apples," most of his characters are kind in word and deed and wiser than any sage. The narrative flows well enough, although it is often slowed by intrusive folk tales and fairy stories. Still, this is a pleasant read, particularly for young readers. There is no particular conflict, save Snakewater's self-doubts about her potentially mystical abilities, and no sense of tension or suspense contributes to the development of character. In sum, this newest edition of the "saga" is a competently rendered but fairly banal fictional biography of an elderly woman based on a minor folk legend.