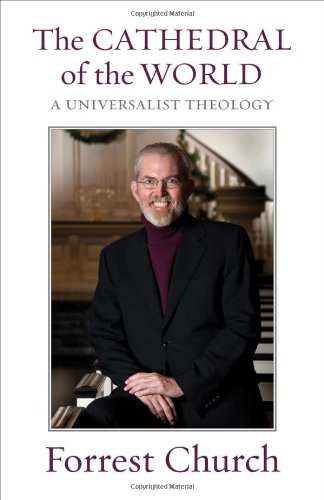 The Cathedral of the World: A Universalist Theology

In this collection of sermons, essays and speeches, author and longtime Unitarian minister Church lays out a framework for a 21st-century universalist faith. Contrary to popular opinion, he says, universalism is the most morally rigorous of theologies because of its call to “respect and even embrace otherness, rather than merely to tolerate or, even worse, dismiss it.” The son of a senator, Church makes a nuanced argument for the role of spirituality in politics, and argues that the story of America is a narrative of “gradual moral progress, in which deed begins to approximate creed.” As with many such collections, this volume at times feels too dated (in chapters focused on Terri Schiavo, the Oklahoma City bombing, and Y2K), too local (in sermons given to his congregation) and too oral (in jokes that were surely funnier when spoken aloud). Yet considering that Church has terminal cancer and thought his previous book, , would be his last, such imperfections fade. An acclaimed minister’s erudite and perhaps final treatise against theological parochialism, what he calls “our era’s most dangerous dysfunction,” this book is an essential read for anyone interested in liberal religion.