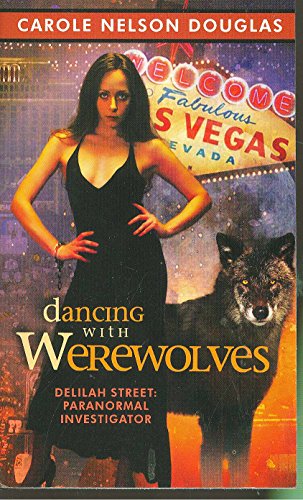 While the millennium revelation in this fantastic first of a new paranormal series might not be a shocker for urban fantasy fans—i.e., vampires, werewolves, witches and zombies come out of the closet after Y2K—Douglas (Cat in a Red Hot Rage) handles the premise with such spectacular style, it feels fresh. Delilah Street, who was only 11 in 2000, is now 24 and works for WTCH, a Kansas TV station, as a paranormal investigative reporter. When Delilah angers an undead co-worker and is demoted, she moves to Sin City in hopes of finding a possible blood relative seen on CSI Las Vegas V. She gets a job with Hector Nightwine, the show’s producer, and falls in love with Ric Montoya, a former FBI agent who finds corpses by dowsing. Douglas spices the action with fabulous characters: Quicksilver, Delilah’s protective dog; CinSims (Cinema Simulacrums), dead celebrities recreated via science and magic; the oldest living vampire in Vegas, once a famous aviator; and Cocaine (aka Snow), a devilish albino rocker. Readers will eagerly await the sequel. (Dec.)