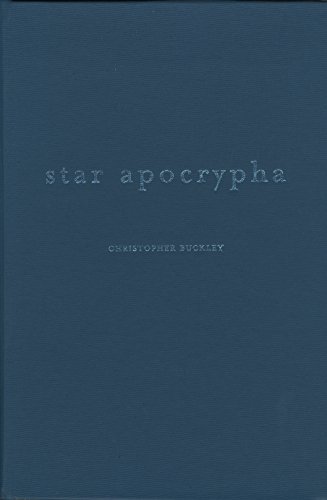 Stars and dust appear in nearly every poem in poet (not political humorist) Buckley's 10th collection, marking the end points of an extensive argument about the presence of the supernatural in the outer and inner worlds we inhabit. Dust, Eliotic and biblical, stands in for death, and a teaser for life's whence and whereto, while stars become a seductive vision of legible meaning in the natural world. Buckley's conversational voice smoothes the way for a varied vocabulary and body of knowledge, as he moves easily from landscape poems, to memorials to 1950s pop cliché, to historical fictions based on the Huguenots and early-20th-century American religiosity. Regardless of the particulars of the landscape he is reading, the question is the same: "the unlikely probability of constellations,/ Snowflakes that never fall, bread crumbs/ that never reach our hands. What more/ is there left to make of things." Some readers will find the appreciation of these constellations a little too neatly packaged, and will leave off. But those who stay with it will catch Buckley's wavering but insistent affirmation of the human tendency to read metaphorically, whether or not the patterns we see were placed there by divine design, a tendency which is closely linked to our capacity for love and forgiveness: "Maybe an indifferent sign,/ indecipherable,/ inadvertent,/ but there are at least these four green clues/ to some happiness beneath the sky...." The stellar and particulate matter here wind up a little overworked, but readers looking for provisional solace from the pathos of wonder will revel in "the fish jumping blue and silver in the unappreciated beer-gold sky."