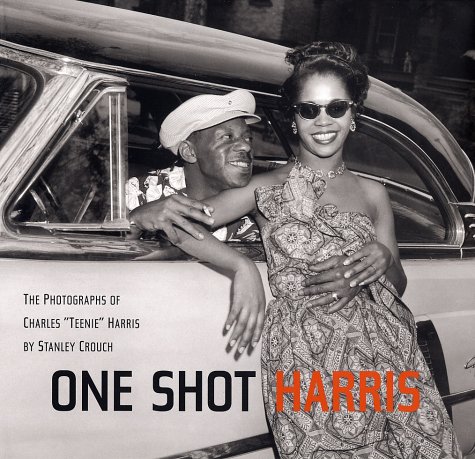 ONE SHOT HARRIS: The Photographs of Charles "Teenie" Harris

In the mid-20th century Pittsburgh in which he lived and worked, portraitist and Weegee-like street photographer Harris (1908–1998) was known as "One Shot," presumably because he rarely made his subjects, most often African-Americans, sit for retakes. This trove of 135 b&w posed and candid shots, presented by editorial columnist and cultural critic Crouch (), "speak[s] of something so far the other side of alienation that all narrow images of these people—or any people—are called to the carpet." Harris photographed, among other subjects and settings, children cooling under a fire hydrant, integrated couples kissing, women icing cakes in a bakery and Louis Armstrong, Duke Ellington and other stars when they hit town—and in the process left a 40-year record of everyday life for many blacks in Steel City. The crispness of the images, which allows facial expressions to be read as easily as signs held by men that say "Down with Tokenism," is remarkable, as is the composition: unforced configurations of people that recall the most polished Dutch Master paintings. The images in this book were drawn from a collection of 80,000 by Harris kept under wraps by a legal battle. With their publication, a visual door has been opened onto a once-thriving world. As Crouch writes, "When you have finished with these photographs, you, too, will somehow have become a child of the Steel City, even though that era is now gone."