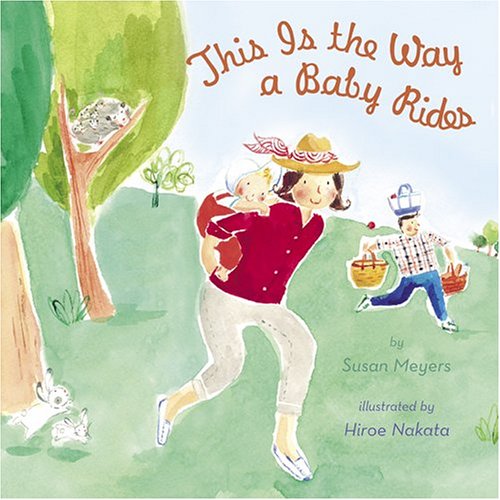 Briant's ( ) clever, vibrantly hued tale seems to tip its hat to —albeit without the existential angst. Time and time again, a girl is roused from sleep by noise emanating from other apartments; she soon discovers that the inhabitants of the other six stories of the building are characters playing out roles in classic fairy tales. In apartment five, Jack is in the process of stealing the giant's magic goose ("Something in the hall went . A little boy whispered 'Hush' "). In apartment three, Hansel and Gretel are on the verge of an oven-baked fate. And with the help of an odd-looking rope, a handsome prince scales the wall by the narrator's window in an attempt to reach Rapunzel on the top floor (when the girl asks why he doesn't simply used the stairs, the prince replies, "I need the exercise"). What's an unroyal girl to do? The solution lies in undoing the premise of yet another fairy tale. Working in a tall, tower-like format that nicely evokes the enchanted building's architecture, Briant fills his pages with bright, flat colors and energetic inked lines. Most of the spreads bubble with a loopy, almost animated spontaneity, as if this whole idea is something that Briant just, well, dreamed up. Ages 3-7.