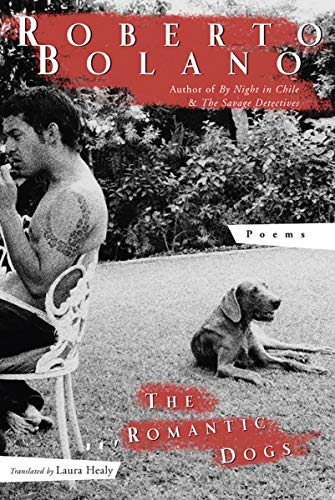 , the best-known novel by the Chilean-born Bolaño (1953–2003) recently found spectacular success across the English-speaking world, bringing much attention to his other work. Now comes a very competently rendered bilingual selection of his fiery, if sometimes uncontrolled, verse. Bolaño began as a poet, and some of the work here seems to have come from an extraordinarily young man: a record of stormy, untamed teen emotion—the depths of despair (“From these nightmares I'll retain only/ these poor houses”) or the heights of sexual adventures. Bolaño moves easily into a blend of surrealism and populism, with in-your-face gestures learned perhaps from Pablo Neruda, as when he watches “a trail of nurses and a trail of scorpions” wending their ways home. Other poems are closely tied to : Bolaño's dreamt motorcycle journey in “The Donkey,” mirroring the life of the real poet Mario Santiago, will send readers back to the fictionalized portrayals of Bolaño and Santiago (Arturo and Ulises) in the novel. Bolaño the poet's “deliberate immaturity/ And splendors glimpsed on another planet” can delight: they echo his brilliant but out-of-control authorial persona, with its high-speed, self-conscious verbal play, and those echoes will be more than enough to lead fans of his prose straight to his verse.