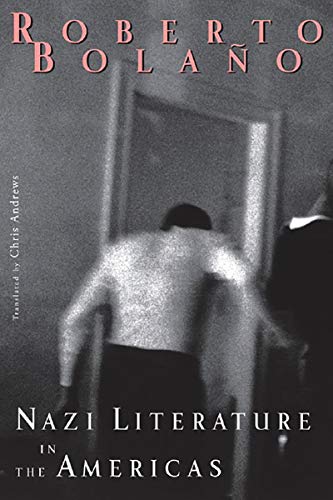 Nazi Literature in the Americas

The title chosen by Bolaño (1953–2003) for this slim, fake encyclopedia is not wholly tongue-in-cheek: given the very real presence of former (and not-so-former) Nazis in Latin America following WWII, this book, despite being fiction, still had -like power when first published in 1996. The poets described herein, though invented, seem—even at their most absurd—plausible, which is the secret to this sly book’s devastating effect. And as one proceeds from an entry on Edelmira Thompson de Mendiluce (“In high spirits, Edelmira asked for the Führer’s advice: which would be the most appropriate school for her sons?”) to one on Carlos Ramírez Hoffman (“His passage through literature left a trail of blood and several questions posed by a mute”), it becomes clear that there is a single witness to all of these terrible figures, one who has spent time in one of Pinochet’s prisons and is bent on coolly totting up the crimes of fascism’s literary perpetrators. Some readers will recognize figures and episodes from Bolaño’s other books (including and ). The wild inventiveness of Bolaño’s evocations places them squarely in the realm of Borges—another writer who draws enormous power from the movement between the fictive and the real.