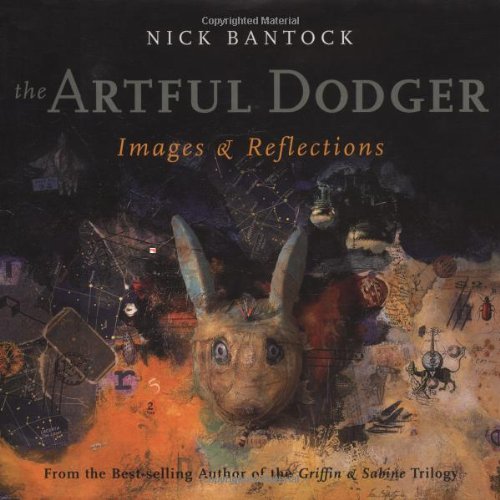 Reading Bantock's latest lavishly illustrated novel, the first in his new Morning Star trilogy and the continuation of the saga of Griffin and Sabine, is like going on a delightful treasure hunt. Here an exotic photograph tucked in an exquisitely designed envelope, there a charming ticket receipt for a mysterious packet of letters. The author's skill at revealing plot through allowing readers the voyeuristic thrill of literally opening and reading other people's mail, and his considerable artistic talents are the source of the book's originality. Fans of Bantock's popular Griffin & Sabine trilogy will be delighted by that duo's reappearance here. Matthew Sedon, an Egypt-based archeologist, receives a note one day from Sabine, a woman he doesn't remember ever meeting, instructing him to pick up a packet of letters in storage in Alexandria. These letters are the love correspondence of Griffin and Sabine. When Matthew shares them with his grad student girlfriend in Paris, Isabella de Reims, she discovers that they refer to the bizarre visions she sees in waking dreams. Newcomers may feel left out by references to material from the previous books, and the epistolary form has its drawbacks, glossing over key information and hinting at tantalizing things to come. Though there's not much the author can do with 56 pages, nearly half of them pure illustration, the growing passion between Matthew and Isabella portends future intrigue in this new trilogy.