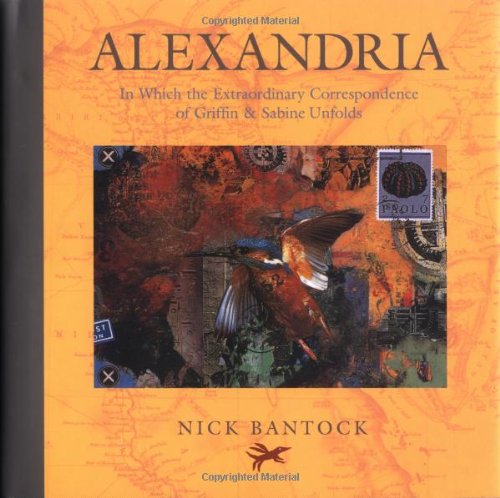 It's been 11 years since Bantock first introduced the eponymous stars of , the beautiful and unusual novel in which the reader became a voyeuristic third party to the lush correspondence between London postcard designer Griffin Moss and South Pacific postage-stamp designer Sabine Strohem; two subsequent volumes completed the trilogy. Last year, Bantock launched a second trilogy with , reuniting Griffin and Sabine and introducing Egyptologist Matthew Sedon and Isabella de Reims, a student in Paris. At the outset of this latest epistolary volume, Matthew informs his beloved Isabella that Sabine has somehow become a part of him, in order to heighten his powers of intuition. This comes in handy when Isabella finds herself menaced by their sinister foe, Frolatti, and Matthew is called away by an exciting archeological find. Is the mysterious sculpture discovered at the dig site what Frolatti has been after? Bantock has fashioned a maddeningly labyrinthine, wildly romantic and exquisite work that reveals just how much story can be conveyed with a few well-placed words and images. He threads the theme of dualism seamlessly throughout, underscoring Sabine's assertion, "In each of us there are two worlds—the practical and the mythological" and the notion that the coming together of the two, as embodied here by Isabella and Matthew, is an essential part of some grand design. The book's cliffhanger ending will only intensify the eagerness of fans for the concluding volume, .