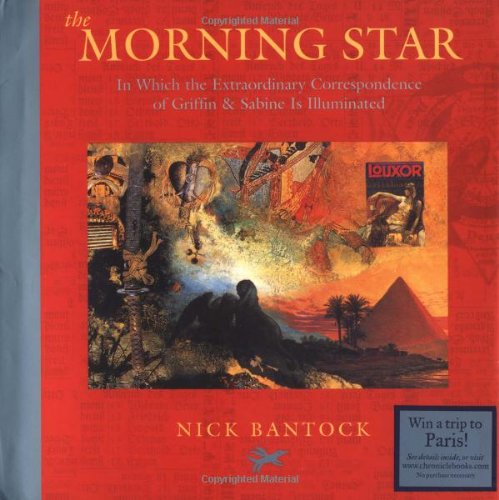 In this sixth and final installment in his popular Griffin & Sabine saga (divided into two trilogies), writer and illustrator Bantock creates another jewel box of a book, rife with intrigue, legend and mystery. The exquisitely designed text features the series' trademark postcards and letters, written by archeologist Matthew Sedon, his true love Isabella de Reims, and the mysterious Griffin and Sabine, who have infiltrated the young lovers' lives. Fetchingly sepia-toned and exotic, the illustrated missives are charged with equal parts passion and mythology. Although newcomers to the story may be baffled by references to events that occurred in the previous volumes, they will find much to enjoy in the lush design and seductive tale. The suspense builds as Isabella, abandoning her studies in Paris, travels by land closer and closer to Matthew in Egypt. There is a voyeuristic thrill to reading someone else's mail, and Bantock exploits it thoroughly. When Matthew and Isabella come together at last, their union is a bit too breathless (Isabella engulfs Matthew "in her creature senses"), but readers who have followed the characters this far will appreciate the fireworks.