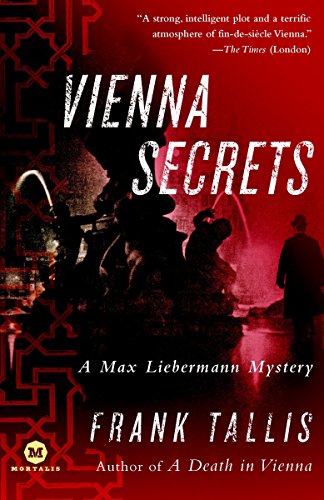 Tallis's excellent fourth puzzler set in early 20th-century Vienna (after 2008's ) neatly blends mystery and history. A scary series of murders, which may have a supernatural component, challenge psychiatrist Max Liebermann and Det. Insp. Oskar Rheinhardt. Two men, both with a track record of anti-Semitism, have turned up dead, their heads ripped from their bodies by some powerful force beyond the capacity of a single killer. The first, Brother Stanislav, was a regular contributor to , a right-wing Catholic newspaper, and spoke at a rally that ended with the fatal stabbing of a young Jewish boy. The second victim, city councillor Burke Faust, had also fomented hatred. An important clue comes from a witness who heard a “whirring sound, like a giant insect” near one crime scene. Meanwhile, Liebermann's defense of a dying patient's rights puts him at odds with the Catholic church. Fans of Caleb Carr will feel right at home.