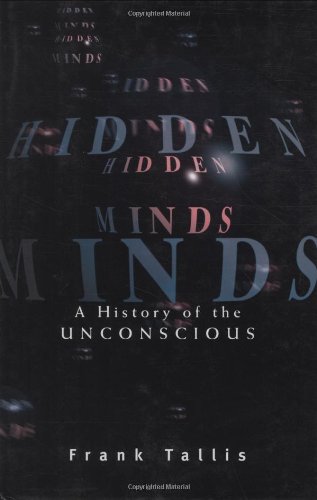 HIDDEN MINDS: A History of the Unconscious

As British clinical psychiatrist and novelist Tallis () notes, Freud famously claimed to have delivered the "third and most wounding blow" to humanity's "naïve self-love" by exposing the power of unconscious processes—the first two blows having been dealt by Copernicus and Darwin. Though Freud's reputation has been waning for the last 30 years, Tallis sifts current reports and argues that science has vindicated Freud's sweeping claim. Most of the history here, however, is of the of the unconscious, from Augustine and Leibniz through 19th-century opium dreams and hypnotic therapies to Freud's psychoanalytic theory and its aftermath. The book is strongest when reporting the post-Freudian research that has built a new understanding of unconscious processes, including ingeniously designed empirical studies of self-deception, first impressions, preconscious volition and subliminal influence. But Tallis's argument weakens when it tries to tie all the pieces together in explicit support of Freud. Tallis has to work hard rhetorically to relate the unconscious mapped by contemporary scientists to the Freudian version. He tries to strengthen Freud's blow by attempting to demonstrate that our conscious self and free will are illusions, and maybe even that Buddhism is right—that the world is, too. But these claims go far beyond his well-presented empirical evidence, extending into philosophy without the necessary nuance and rigor. At best, the literature review here provides a unique narrative of a key modern construct's development.