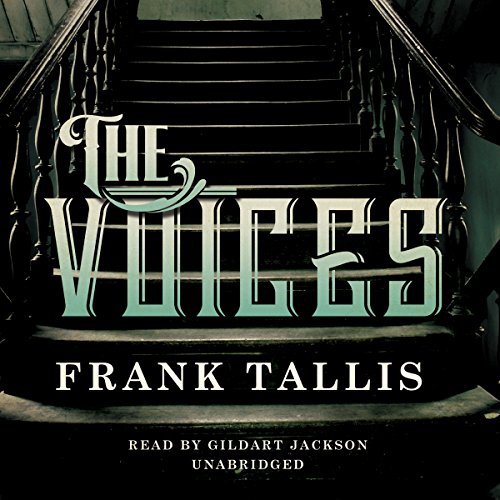 Set in the English summer of 1976, Tallis’s haunted-house thriller combines a demonic presence, sexual politics, and the dissolution of a marriage. Shortly after Christopher Norton, a composer of exploitation movie soundtracks, and his wife, Laura, a retired top model, move into a long-vacant Victorian home in North London, odd voices begin appearing on their daughter Faye’s baby monitor. Laura is frightened, but Christopher is so fascinated by the otherworldly chatter that he decides to incorporate the sounds into a masterwork composition. Eventually, the dominant male voice proclaims, “The child is mine,” and, shortly thereafter, baby Faye disappears. What follows is grim and ultimately horrific. Jackson narrates the novel in a melodramatic British accent. Following Tallis’s story line, he presents Christopher and Laura as a reasonably happy couple with a few rough edges—he’s concerned his creative and financial success is behind him, while she’s troubled by unsavory memories from her modeling career. As Tallis applies the suspense screws, both husband and wife feel the tension and Jackson delivers their terse conversations in a properly strident manner. He’s also on target with the chilling voices, as well as the secondary characters—Christopher’s childhood frenemy, Simon Ogilvy, a smug, self-satisfied composer of classical music, and his wife, Amanda, with whom Christopher has an affair. Baker also brings the other characters to life, including Christopher’s bumptious agent (who’s convinced the film Star Wars will be a disaster), an annoyingly patronizing pediatrician, and an odd landscape designer, but his major accomplishment is his performance of Laura’s leap into anger and madness when discovering her daughter’s disappearance. It’s guaranteed to rise the hair on the back of your neck. [em]A Pegasus Crime hardcover. (Dec.) [/em]
close
Details