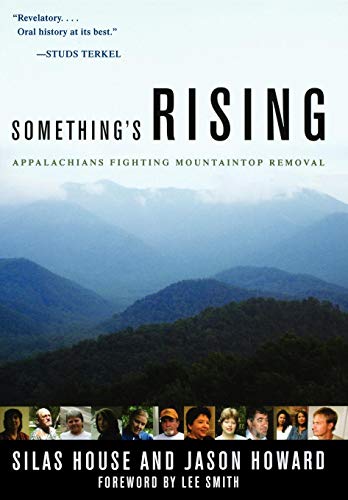 Novelist House (Clay's Quilt) and Kentucky journalist Howard, both ""children of Appalachia,"" decided to pick up where the national media have left off in their environmental obsession, illuminating the long-growing mining crisis in Central Appalachia. Twelve Appalachians-among them a college student, former union organizers, community activists and the octogenarian ""mother of folk,"" Jean Ritchey-provide first-hand accounts of a disappearing way of life, a vital ecology in rapid decline, an industry that refuses to take responsibility for the devastation it causes (blowing the tops off mountains is only the latest, most destructive technique), and a nation too hooked on cheap energy to help. If nothing else, these oral histories will give readers a sense of what's at stake on a personal level. Student Nathan Hall calls mining the best job he ever had: ""I met the most interesting characters of my life... the most hilarious, most good hearted."" Says Judy Bond, lifelong resident of the leading coal-producing county in W.V., ""The more coal we mine, the poorer we get."" This important collection illuminates the ongoing betrayal of the American mining town.
close
Details