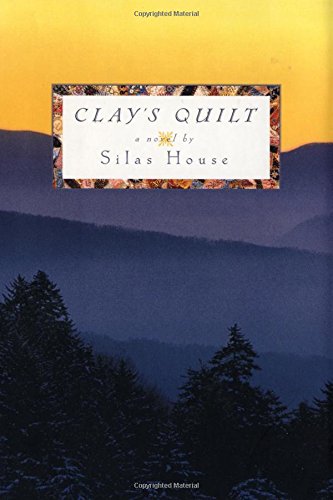 A deep love for home suffuses this heartfelt, well-crafted debut novel set in the Kentucky hills. Clay Sizemore, a young coal miner from a big family and a small town, never doubts that he will live out his life in the place where he was born. His mother, Anneth, was killed when he was only four, and he never knew his father, but he is surrounded by the people he loves: his big-hearted, God-fearing Aunt Easter; Dreama, the beautiful cousin he loves like a sister; and Cake, his party boy best friend. Clay and Cake work hard, and play hard at the local honky-tonk, but both want more from life than work, drink and empty sex. For Clay, the future is Alma, a passionate young fiddler separated from her abusive husband and estranged from her gospel-singing parents. But the past concerns him, too: given a box of his beloved mother's possessions, he pieces together her troubled history, while his great-uncle pieces a quilt from her clothing. Violence is inescapable in a place where even Clay carries a pretty pearl-handled pistol, and his mother's violent end foreshadows a death that threatens Clay and Alma's happiness together. The Kentucky landscape is suffused with nostalgia, snow making one character yearn for the past, lonesome autumn unlocking memory's vaults. Deftly written, replete with wisdom and remarkably light on sentimentality, this lovely novel makes plain the value of family and the preciousness of familiar ground.