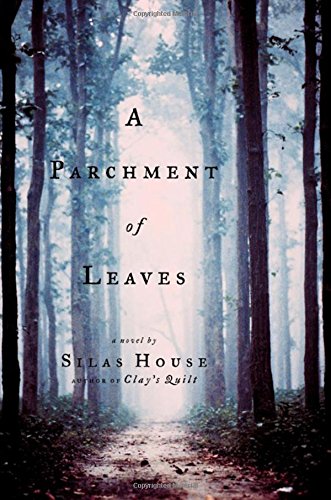 A PARCHMENT OF LEAVES

House offers a poignant, evocative look at the turmoil that plagues a rural Kentucky family during WWI in his solid second novel, which begins when Saul Sullivan takes a shine to a mysterious, beautiful Cherokee woman named Vine. Courtship quickly leads to marriage and a newborn girl named Birdie, but trouble surfaces when Saul's younger brother, Aaron, an unfocused dreamer who longs for a more fulfilling life than his country existence as a laborer, also becomes attracted to Vine. Aaron's opportunity to express his longings comes when Saul leaves to work at a logging camp, hoping to provide some luxuries for his family while supporting the war effort. Vine spurns Aaron's initial advances and manages to drive him away, but the younger brother returns with a young mixed-race bride from East Tennessee who looks exactly like Vine, and soon he is drinking heavily and exercising his formidable temper on his newly pregnant wife. Saul returns briefly to try to straighten out his brother but, when he departs, Aaron turns his attentions on Vine again, who shoots Aaron after he rapes her and goes after Birdie, then buries the body on top of a mountain near the family homestead. A slightly more original story line would have made this an exceptional novel, but House's lovely storytelling, graceful prose, strong characters and his feel for Southern rural life distinguish it.