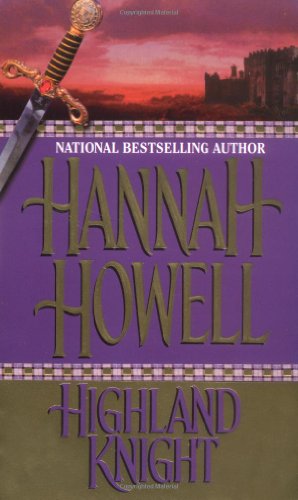 The spirited women of the vibrant Murray clan again stride across the pages in the second installment (following ) of Howell's 15th-century Highland trilogy. Lady Avery Murray, a tiny bundle of wiry strength, wicked wit and unquenchable spirit, is mortified when she and her young cousin Gillyanne are captured in a raid and given to Cameron MacAlpin as payment for a lost wager. Cameron's dismay at receiving the two skinny females changes dramatically when he learns that they are of the Murray clan and that Payton Murray, the man who allegedly raped Cameron's sister, is Avery's brother. To avenge the injustice he believes the Murrays have inflicted upon his clan, Cameron intends to force Payton to marry his sister by seducing and dishonoring Avery. The poor man is no match for the spirited Murray women, however, and Cameron soon realizes that he has lost his heart to Avery and that his sister may not have been telling the truth about her encounter with Payton. Lengthy pages of passion are balanced by the hero and heroine's lively banter and Avery's repeated attempts to escape. Fans of Howell's Scottish series and readers yearning for a feisty romance will enjoy this sweetly savage, light historical.