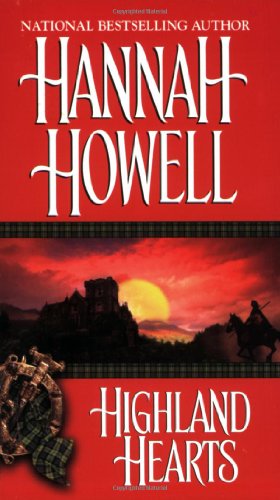 Following the exploits of a proud knight and a spirited young heiress, this fast-paced Highland adventure, the second in Howell's newest trilogy (after ), is a bracing blend of high suspense and sizzling romance. When Contessa Delgado releases Sir Revan Halyard from her guardian uncle's dungeon, he demonstrates his gratitude by taking her hostage. Ironically, she finds she's safer in Revan's company than in Uncle Thurkettle's keep; her uncle, after all, planned to kill her so that he and his avaricious daughter could control the lands and fortune Tess inherited after her parents died. While hiding out in a remote cave, Tess learns that Revan is a spy for the crown and that he suspects her uncle of consorting with a clan plotting to overthrow King James II. A strong romantic bond builds between Tess and Revan as they attempt to dispatch the traitors but, in the end, her inheritance proves to be their biggest stumbling block. Revan, a younger son short on land but long on pride, refuses to marry Tess until he has property of his own, and it's up to Tess and her amiable clansmen to convince him that marrying into money for love is not a crime. Howell's deft use of period dialogue lends the book a tangible sense of time and place, and her protagonists' spirited interactions will swiftly endear them to readers.