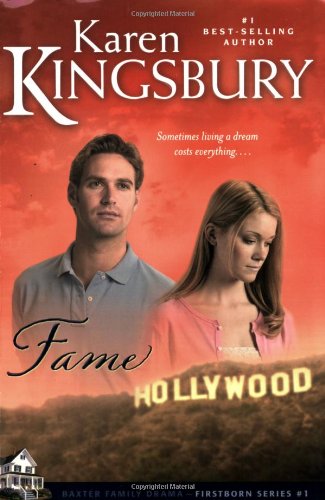 In a predictable yet entertaining read, bestselling CBA author Kingsbury introduces heartthrob Dayne Matthews and the charming Midwesterner Katy Hart. Dayne, Hollywood's number one hunk, wants to work opposite someone who exudes innocence in his new romantic comedy, so he persuades his casting agent to bring an unknown woman from Bloomington, Ind., for an audition—Katy. Katy once aspired to be a famous actress—she filmed a made-for-TV movie—but now she directs a children's theater. Indeed, it was through the theater that Dayne first discovered Katy: on a trip to Bloomington, she had captured his attention during a performance. Because this is the first in a planned five-volume series, none of the plot lines tie up neatly. By the end, Kingsbury has revealed that Dayne has some deep, secret family links to Bloomington; presumably these connections will be explored in subsequent novels. The seeds are also planted for Dayne to become a Christian sometime in the series—we learn that he had something of a Christian childhood, but has since abandoned it for casual sex and trendy Kabbalah. Readers won't have to wait long to find out; Kingsbury plans to turn out this series at an amazing clip, with one novel every three months.