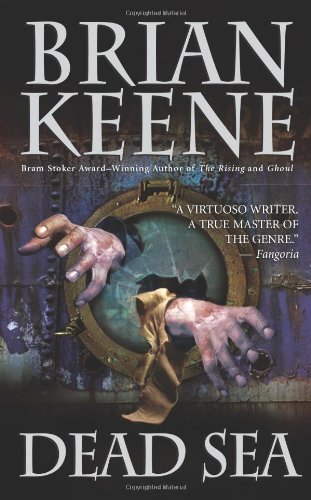 With another bleak vision of the zombie apocalypse, Keene makes a triumphant return to the still-thriving subgenre he helped revive with his 2004 debut (a movie version of which is currently in the works). Trouble begins when a virus infecting the rat population of New York City begins spreading among animals and humans alike—one bite, one drop of blood or one string of saliva is all it takes to kill its victims, within minutes, and instantly revive them as mindless, flesh-eating zombies. Narrating this grim tale is gay 30-something Lamar Reed, who makes a hair-raising trip through the carnage of zombified Baltimore before he and a small group of survivors manage to commandeer a Coast Guard ship and get it out to sea. Together, the eclectic group search the coast for a safe harbor; meanwhile, an endless parade of zombies search the survivors' floating haven for a way in. Keene piles on the gory thrills as Lamar and his shipmates struggle through this diseased world, though they can be overly chatty at times (dialoging on everything from religion to Joseph Campbell). Delivering enough shudders and gore to satisfy any fan of the genre, Keene proves he's still a lead player in the zombie horror cavalcade.