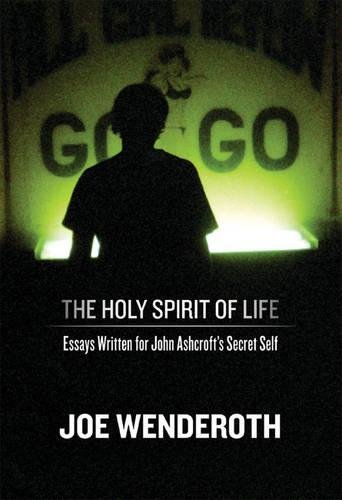 The Holy Spirit of Life: Essays Written for John Ashcroft's Secret Self

Wenderoth's (2000)— irreverent, witty prose poems written on comment cards from the eponymous burger chain—racked up unheard-of sales and made the young writer a poetry-world celebrity. Wenderoth's first post-Wendy's publication collects equally irreverent, equally biting and sometimes frankly sexual efforts in prose, along with a few poems and photographs: it shows his wit, and his desire to shock, undimmed. Individual essays explore the semiotics of Mayberry RFD and the phenomenology of Wile E. Coyote; reinterpret a poem of Sappho's to describe a seizure; rewrite a poem by Robert Hass so that it describes junkies in Cleveland; invent new drinking games; and advise academic colleagues, "Be glad that in truth you are... not in control of what comes into your mouth." "An Eye for an Eye for an Eye" proposes updates on the TV show , among them "Drug-Users' Eye for the Corporate Zombie." Wenderoth also reproduces correspondence with magazine editors regarding another essay (also printed here) whose portrayal of a promiscuous female Jesus led the editors to kill the piece. Though some pieces suffer as their occasions pass, most remain disorientingly smart, and funny.