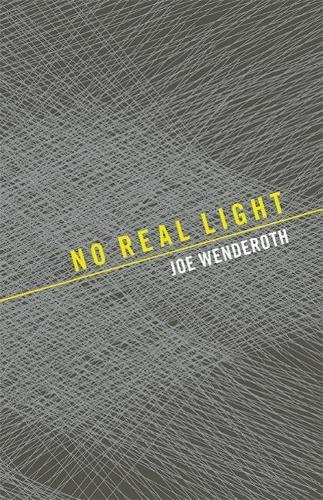 Best-known for his gritty and uproarious prose poetry collection (2000), Wenderoth began his career with two books of gimlet-eyed, world-weary, hard-hitting poetry. Now he returns to verse, favoring (as before) relatively short poems, often 12 lines or fewer, most of which crackle with a bleakness that's part gallows humor, part outrage, and part despair, as in “God's Plan,” quoted in full: “First you are caused to careen and/ or stagger/ through situations of indescribable appeal / and mind-breaking vertiginous sadness./ Then you are smothered.” Some of these bare-bones lyrics are stunning; others reach for an incisiveness or boldness they don't quite achieve. Longer meditative and narrative poems bookend and appear throughout the volume, offering a more complicated, nuanced version of Wenderoth's sensibility than the short poems do. Whether recollecting past slackerdom (“I moved my pills and little t.v. from city to city”) or considering his own or others' maladjustment (“Your soul is a million dollars cash/ and you're playing blackjack/ five dollars a hand.”), it's in the longer pieces that Wenderoth is at his most affecting, revealing the adversity and vulnerability behind the cynicism, and delivering some of the most authentically disenchanted poetry to come from Generation X.