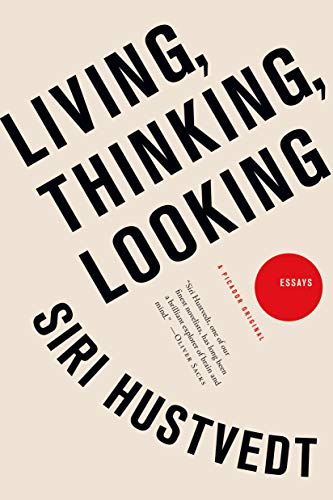 Novelist and essayist Hustvedt (Mysteries of the Rectangle) gathers 32 pieces (most previously published), written over the past six years, that she says are linked by an abiding curiosity about “what it means to be human.” A lifelong migraine sufferer, Hustvedt recounts a rare premigraine hallucination in which she watched with fascination and an amiable tenderness a miniature, pink version of Paul Bunyan and his ox, Babe, two legendary, oversized characters from her Minnesota childhood. In another piece, Hustvedt describes how, to research her novel The Sorrows of an American, narrated by a New York City psychoanalyst, she interviewed analysts, read countless memoirs of mental illness, taught writing classes to psychiatric patients, and thought of her narrator as her imaginary brother who worked “at a job [she] could imagine having had in another life.” Fascinated by the emotional power of the work of painter and sculptor Louise Bourgeois, Hustvedt describes how that artist’s gift is taking viewers to “strange and hidden places” in themselves, her oeuvre stirring up old pains and fears and echoing Hustvedt’s own obsessions with rooms, dolls, missing limbs, mirrors, violence, order, and ambiguity. Hustvedt’s essays are always perceptive, erudite, and also quite rarefied. Agent: Amanda Urban, ICM. (June)
close
Details