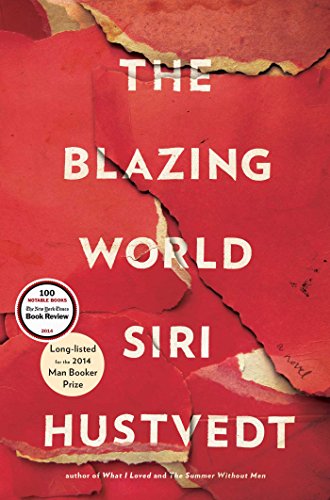 Art isn’t easy, and according to Hustvedt (What I Loved), the art market can be especially rough on women who are over 40, overweight, and overtly intellectual, which is why the novel’s protagonist, Harriet “Harry” Burden, a frustrated artist and art dealer’s widow, exhibits her artwork using male stand-ins in a performance art experiment that goes terribly awry. Suffering from deep depression after her husband’s death, followed by extreme elation, Harry relocates to Brooklyn, where she produces modern masterpieces dotted with clues to her identity, then shows them under a male collaborator’s name. Her first mask, a minor artist, chafes at the role, but the second, biracial gay Phineas Q. Eldridge, proves more amenable, while the third—the meanest and most dangerous—enjoys the limelight so much he denies Harry’s claims to authorship. Larger-than-life Harry reads vociferously, loves fervently, and overflows with intellectual and creative energy. Structurally, her Pygmalion-turned-Frankenstein tale is recounted through a variety of narrators, including an art critic; a New Age art groupie; Harry’s children, friends, and detractors; and Harry herself. Hustvedt dissects the art world with ironic insight. Footnotes and academic references, a large cast of characters, a wide range of narrative voices, intellectual digressions, and occasional one-liners enrich this novel of the New York art scene. This is a funny, sad, thought-provoking, and touching portrait of a woman who is blazing with postfeminist fury and propelled by artistic audacity. Agent: Amanda Urban, ICM. (Mar.)
close
Details