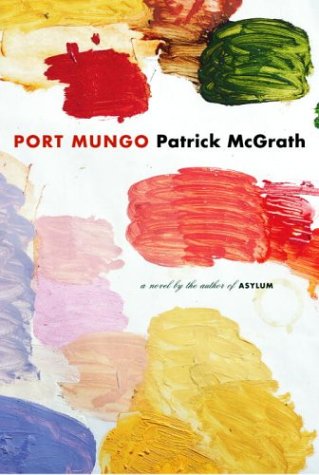 The psychologically suspenseful story of Jack Rathbone, a "latter-day Gauguin" who flees his native England to pursue a career as a painter as well as a volatile relationship with artist Vera Savage, is narrated by his sister, Gin, whose obvious devotion skews her perspective. McGrath's sixth novel unfolds in a series of flashbacks, from Jack's childhood in England to Greenwich Village in the 1950s and, eventually, to the Honduran town of Port Mungo, where Jack develops a style he calls "tropicalism" or, more sinisterly, "malarial." The birth of daughter Peg threatens the marriage, and her mysterious death, at 16, dooms it; Jack moves in with his sister in New York. Ostensibly, the search for the truth behind Peg's death propels the narrative, but the mix of flashbacks and present action is confusing, and Gin's role feels trumped up. The book becomes even more baroque when Jack's second daughter, raised in England, moves to New York and agrees to let her father paint her, in the nude. It's a provocative conceit, but the whole is less than the sum of the parts. Despite McGrath's intelligent, lyrical prose, the story lacks the urgency of his earlier work.