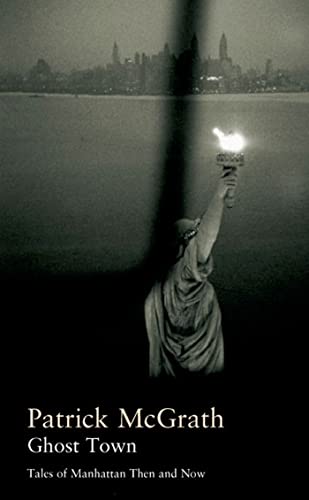 Ghost Town: Tales of Manhattan Then and Now

Beneath Manhattan's ever-changing skyline, familial betrayal and guilt remain hauntingly constant in these three juicy novellas, the latest in Bloomsbury's Writer in the City series. In "The Year of the Gibbet," set in the burned-out, British-occupied city of 1777, a boy inadvertently exposes his mother as a spy for General Washington; after she is hanged, her ghost returns to torment him. "Julius" moves ahead to the Civil War era to tell the Jamesian saga of a weak-minded art student who goes insane when his wealthy businessman father breaks up his love affair with a lowborn artists' model. "Ground Zero" is the tale of a man who begins a relationship with a prostitute who keeps seeing the specter of her lover, a man killed in the attack on the World Trade Center. It's told from the viewpoint of the man's jealous psychiatrist, who gradually allows her voice of psychoanalytic detachment to take on a vengeful tone of post-9/11 paranoia. McGrath ( , etc.) sets these stories against the burgeoning city and its stew of sublime aspiration, corrupt failure, and sexual and class antagonisms. He writes in a range of registers, but complicates each with a subtle, empathetic humanism. .