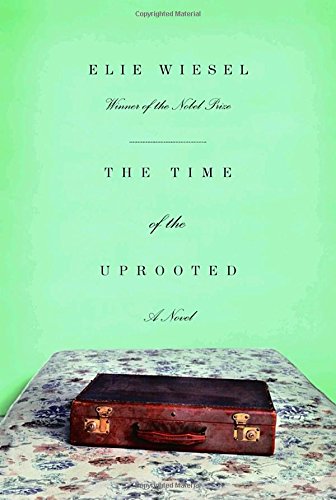 The Time of the Uprooted

Nobel Prize–winner Wiesel ( , ) considers the cost of exile for a writer and his circle of refugee friends in this meandering yet weighty new novel. Gamaliel Friedman, a Czech Jew, escaped to Hungary as a child during WWII and survived in the care of a Christian cabaret singer named Ilonka. As the book opens in present-day New York, Gamaliel calls on a nameless dying woman who only speaks Hungarian, and his numerous visits to her hospital bed are interspersed with stories of his many loves and losses. Gamaliel's statelessness is in some ways at the root of all his misery: Ilonka's disappearance, his wife's suicide, daughters who despise him and his unhappy career as a ghostwriter. His only consolations are his manuscript the , and his small, colorful group of fellow stateless Jews. Wiesel entwines their searing memories and present troubles with Gamaliel's, and the novel's structure sometimes represents the refugee experience: buffeted from one place to the next, never sure of the journey's goal. Though the story ends on an optimistic note, this remains a bleak and unsettling novel, an exploration of the power and mystery of stories, as well as their ultimate failure to change the world.