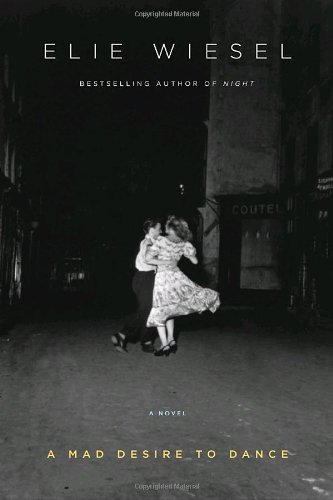 A Mad Desire to Dance

Nobel laureate Wiesel ( ) grapples with questions of madness, sadness and memory in this difficult but powerful novel. Doriel Waldman, a Polish Jew born in 1936, survived the occupation in hiding with his father while his mother made a reputation for herself in the Polish resistance. But he did not escape tragedy: his two siblings were murdered and his parents died in an accident shortly after the war. At the novel's opening, he is 60 years old, miserable, alone and on the verge of insanity. Most of the novel unfolds in the office of Doriel's shrink, Dr. Thérèse Goldschmidt, where he reveals himself to be an uncooperative patient, and his aggressive, obsessive rants on the origins of his troubles make for difficult reading. But Wiesel handles the situation expertly, and as Thérèse draws Doriel out, a multilayered narrative emerges: the journey through sadness and toward redemption; a meditation on the hand dealt to Holocaust survivors; and a valuable parable on the wages of human trauma. While the novel is not always easy sledding, there are ample rewards—intellectual and visceral—for the willing reader.