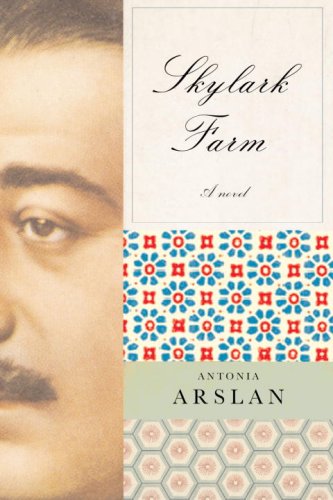 This bleak, unsparing debut novel traces one Armenian family's experience during the Armenian genocide of 1915. Yerwant, 53, is a 40-year expatriate living in Venice in the months before WWI. He hopes to reunite with his family on their idyllic farm estate in Turkey—his brother, Sempad (a successful pharmacist); Sempad's wife and children; and the men's little sisters, Azniv and Veron—but WWI ignites, and the ruling Young Turks party closes the border. Yerwant's family in Turkey is rounded up, their fates hastened by a star-crossed love affair between Azniv and a Turkish soldier. The town's men are brutally exterminated, and Yerwant's remaining family suffers concentration camps, forced marches, physical torture and starvation. The kindness of neighboring Turks and Greeks helps them survive as they try to reach Yerwant in Italy. Arslan, a onetime University of Padua professor of Italian literature, depicts the family (based on her own) with broad, epic strokes. The bluntly omniscient narration dampens the characters, but Arslan delivers vivid, powerful testimony of horrific cruelty and immeasurable loss.