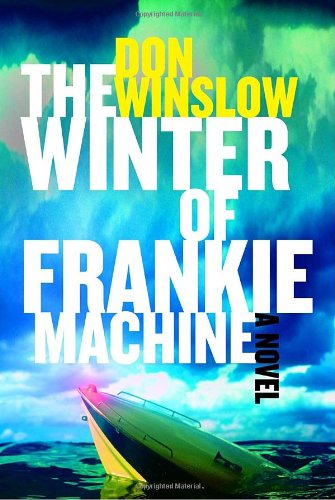 The Winter of Frankie Machine

Elmore Leonard fans who have not yet discovered Winslow ( ) will be delighted by his fourth thriller with its sympathetic antihero. Frank Machianno, a retired mob hit man known as Frankie Machine as a tribute to his efficiency, has put his past behind him and is living a tranquil life in San Diego running a bait shop and supplying restaurants with linens and seafood. When the son of a local mob boss asks for his backup in resolving a dispute with the Detroit mob, Frank agrees, only to find that he's been set up as the intended victim of a hit. Using his survival skills and street smarts, the executioner follows a trail of bodies to identify which of his past crimes has caught up with him. While the plot is familiar, Winslow has created plausible characters and taut scenes of suspense that will keep readers turning pages.