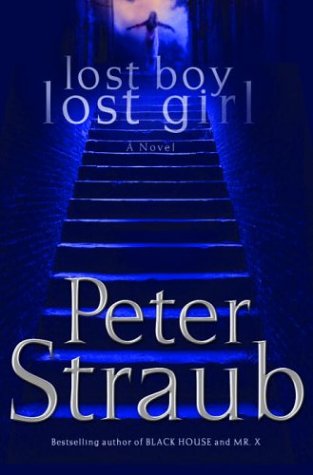 For its high artistry and uncanny mix of dread and hope, Straub's 16th novel, his shortest in decades, reaffirms the author's standing as the most literate and, with his occasional coauthor Stephen King, most persuasive of contemporary novelists of the dark fantastic. This brilliant variation on the haunted house tale distills themes and characters from Straub's long career, including two of the author's most popular creations: Manhattan novelist Tim Underhill (from , and ) and Tim's friend, legendary private detective Tom Pasmore (from and ). Written from multiple viewpoints, the narrative shuttles disturbingly through time and space as Tim travels home to Millhaven, Ill., to attend the funeral for his sister-in-law, a suicide. In that small city based loosely on Straub's hometown of Milwaukee, Tim spends time with his callow widowed brother, Philip, and his nephew, sensitive Mark, 15, who found his mother's naked body in the bathtub, wrists slit and a plastic bag over her head. Meanwhile, a serial killer is snatching teen boys from a local park, and Mark and his sidekick, Jimbo, begin to explore a nearby abandoned house. Mark grows obsessed with the house, eventually revealed as the rotting source of the evil that stalks Millhaven, but also as the harbor of a great marvel. When Mark disappears, Tim pursues his trail and, with Tom Pasmore's help, that of the serial killer who may have taken the boy away. Straub remains a master of place and character; his insight into teens, in particular, is astonishingly astute. His myriad narrative framings allow multiple interpretations of events, making this story work on many levels, yet they also increase the urgency of the story, up to its incandescent ending. With great compassion and in prose as supple as mink, Straub has created an exciting, fearful, wondrous tale about people who matter, in one of his finest books to date.