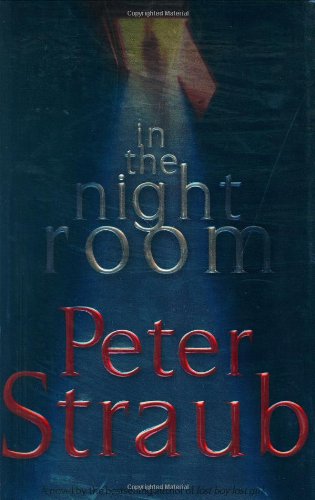 IN THE NIGHT ROOM

In , Straub and Stephen King wrote of "slippage," whereby the borders between reality and fantasy blur. This entire brilliant novel is an act of slippage. In this sequel to last year's , and further chapter in the ongoing adventures of Straub protagonist Tim Underhill ( , etc.), the most intellectually adventurous of dark fantasy authors takes the apparent slippage of the prequel—in which Underhill's experience of a slain nephew's survival at the hands of a serial killer was indicated to be compensatory imagining by Underhill—several steps into the impressively weird. Underhill, an author, here encounters not the mere survival of a dead relation but the existence of a character he's creating in his journals. Dark fantasy cognescenti will remember that King employed a somewhat similar device in , but Straub's approach is distinctly his own, directed at mining the ambiguous relationship between nature and art, fact and fiction, the real and the ideal. The character Underhill has brought into being is Willy Bryce Patrick, a children's book author soon to be married to coldhearted financier Mitchell Faber, at least until Willy discovers that Faber had her first family murdered. Willy, whom Tim meets during a bookstore reading of his latest novel, , believes she is real (as does the reader for the book's first third), and learns otherwise only through Tim's painful, patient revelations. The two fall in deeply in love, but their passion seems doomed—not only is Willy's existence tenuous, but the pair are being pursued with murderous intent by Faber and his goons, as the former is in fact one form of the serial killer of , Joseph Kalendar; moreover, a terrible angel is insisting that only when Underhill makes an ultimate sacrifice, righting a wrong he did to Kalendar in , will matters resolve. Moving briskly while ranging from high humor to the blackest dread, this is an original, astonishingly smart and expertly entertaining meditation on imagination and its powers; one of the very finest works of Straub's long career, it's a sure bet for future award nominations.