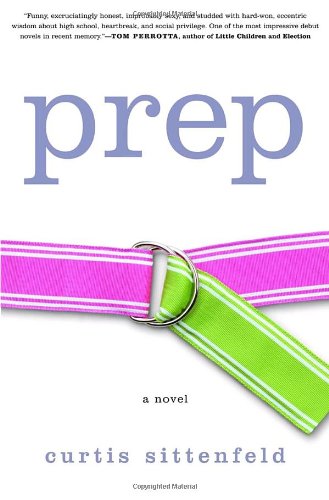 A self-conscious outsider navigates the choppy waters of adolescence and a posh boarding school's social politics in Sittenfeld's A-grade coming-of-age debut. The strong narrative voice belongs to Lee Fiora, who leaves South Bend, Ind., for Boston's prestigious Ault School and finds her sense of identity supremely challenged. Now, at 24, she recounts her years learning "everything I needed to know about attracting and alienating people." Sittenfeld neither indulges nor mocks teen angst, but hits it spot on: "I was terrified of unwittingly leaving behind a piece of scrap paper on which were written all my private desires and humiliations. The fact that no such scrap of paper existed... never decreased my fear." Lee sees herself as "one of the mild, boring, peripheral girls" among her privileged classmates, especially the über-popular Aspeth Montgomery, "the kind of girl about whom rock songs were written," and Cross Sugarman, the boy who can devastate with one look ("my life since then has been spent in pursuit of that look"). Her reminiscences, still youthful but more wise, allow her to validate her feelings of loneliness and misery while forgiving herself for her lack of experience and knowledge. The book meanders on its way, light on plot but saturated with heartbreaking humor and written in clean prose. Sittenfeld, who won 's fiction contest at 16, proves herself a natural in this poignant, truthful book.