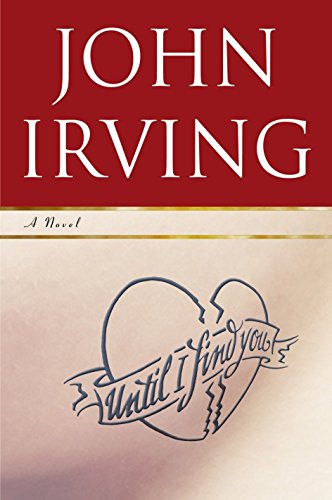 Until I Find You

Actor Jack Burns seeks a sense of identity and father figures while accommodating a host of overbearing and elaborately dysfunctional women in Irving's latest sprawling novel (after ). At the novel's onset (in 1969), four-year-old Jack is dragged by his mother, Alice, a Toronto-based tattoo artist, on a year-long search throughout northern Europe for William Burns, Jack's runaway father, a church organist and "ink addict." Back in Toronto, Alice enrolls Jack at the all-girls school St. Hilda's, where she mistakenly thinks he'll be "safe among the girls"; he later transfers to Redding, an all-boy's prep school in Maine. Jack survives a childhood remarkable for its relentless onslaught of sexual molestation at the hands of older girls and women to become a world-famous actor and Academy Award–winning screenwriter. Eventually, he retraces his childhood steps across Europe, in search of the truth about his father—a quest that also emerges as a journey toward normalcy. Though the incessant, graphic sexual abuse becomes gratuitous, Irving handles the novel's less seedy elements superbly: the earthy camaraderie of the tattoo parlors, the Hollywood glitz, Jack's developing emotional authenticity, his discovery of a half-sister and a moving reunion with his father.