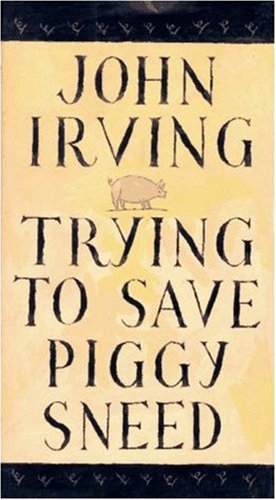 Trying to Save Piggy Sneed

Irving proves himself, once again, a garrulous and engaging raconteur in this collection of fiction and nonfiction divided into three sections: Memoirs, Fiction and Homage. In the last, while admiring the work of Gunter Grass, he notes that ``Grass is never so insecure as to be polite.'' Given Irving's fascination with the malfunctioning or assaulted human body, one can't help feeling that he's defending his own work--both acne (in the story, ``Brennbar's Rant'') and genital warts (the O. Henry Prize-winning ``Interior Space'') figure in these pages. Sometimes, however, Irving's grotesquerie lacks the compassion with which his favorite writer, Dickens, moderated his caricatures. In the title essay (in which Irving relates his discovery of the powers of fiction-making), Piggy Sneed, the retarded garbage collector and pig farmer whose disappearance stimulates Irving's imagination, is harshly ridiculed: Sneed ``smelled worse than any man I ever smelled--with the possible exception of a dead man I caught the scent of, once, in Istanbul.'' There are other, more engaging pieces: an amusing account of a dinner at the Reagan White House; an early, sentimental story, ``Weary Kingdom,'' about a lonely woman; and, best of all, ``The Imaginary Girlfriend,'' a rambling autobiographical sketch with a heavy emphasis on the mentors and rivals who shaped Irving's defining obsessions--wrestling and writing. Each of the 12 sections is followed by ``Author's Notes''; ``The Imaginary Girlfriend'' is supplemented with personal photographs (not seen by PW). 150,000 first printing; BOMC selection; author tour. (Feb.)
close
Details