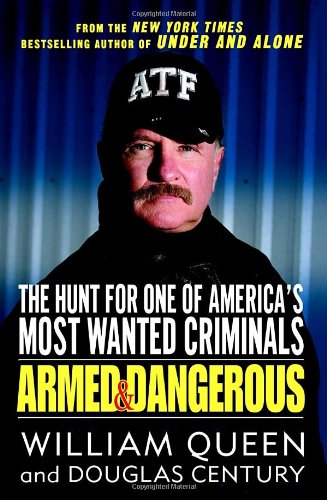 Armed and Dangerous: The Hunt for One of America's Most Wanted Criminals

After his bestselling debut, (also coauthored by Century), Queen, a retired Bureau of Alcohol, Tobacco and Firearms agent, returns with a less successful effort. Here Queen goes back to his early days with ATF, describing his obsessive 1985 quest to take down Mark Stephens, “equal parts gunman, mountain man, drug trafficker, and out-and-out thug.” As laudatory as the effort to apprehend Stephens was, the story is too slight to sustain even a brief book, which might explain why Queen fills it out with discussions of unrelated investigations he pursued while waiting for approval to go up into the mountains after his quarry. He also seems to devote as much time to his arguments with his superiors as to the effort to ascend the rugged terrain in the mountains of Southern California where Stephens was hiding out, and the anticlimactic conclusion of their encounter is disappointing. Queen relies on an uncorroborated account from an ex-con and associate of Stephens's for a section that makes Stephens seem truly psychotic. The passing references to the toll the agent's hard-charging style took on his marriage could have been better developed.