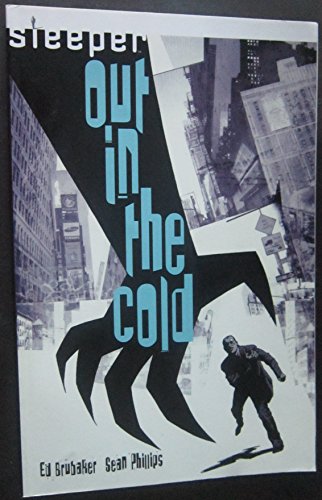 Sleeper: Out in the Cold

Holden Carver is a double agent, working in deep cover among some very bad people. He's become more and more morally compromised in his work as the body count rises, and he wants to come in from the cold—but the only person who can bring him in is in a coma. Carver is also a superhero, and the bad guys he's working among are supervillains. That's the ingenious premise of the smart, cool and cruelly funny Sleeper series, whose first story line is collected here. Brubaker's densely plotted writing recalls his early comics' merciless eye for underworld grittiness, and he finds dozens of ways to use the metaphorical force of superhero comics to feed the spy story that underlies this tale. For instance, Carver's partner Miss Misery gets her superpowers from committing immoral acts. (Carver's own power, fittingly, is an ability to pass on the effects of violence performed on him.) The narrative's high-tension thrill zooms so fast, it's easy to overlook its bone-dry satire (e.g., a central episode involves the annual meeting of the secret corporate rulers of the planet). Phillips's shadowy, blocky art is far more noir than heroic-slick. If it's sometimes unclear what's happening in all the darkness, that's probably intentional, given a protagonist so clouded in intrigue he barely knows what side he's on.