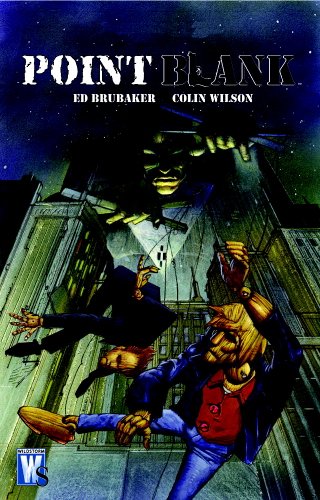 Brubaker has a feel for writing about the urban underworld (documented in his graphic novel ), and here he puts a small-time superhero, Cole Cash (aka the Grifter), in the starring role of what's effectively a hardboiled detective story, using some clever narrative tricks. Brubaker notes that Alan Moore's and the film inspired the fragmented chronology and retrospective revelations of his story, but an even better reference point is the movie . The tricks memory plays are central to this work (which has spun off into Brubaker's current series, Sleeper), and flipping back to earlier sequences when they're mentioned again almost always reveals something the reader was led to get wrong. Detective stories dovetail with the seedy underbelly of the capes-and-cowls world, and what looks like a murder can turn into something else altogether. (And if readers have ever wondered what kind of bars supervillains congregate in, this book has the answer.) Cash is an ultraviolent alcoholic loser, and the deeper he gets into the nasty secrets of his own past, the less his habit of shooting his way out does any good. By book's end, he doesn't see how it all fits together, but readers will. Wilson's artwork is unspectacular but serviceable, and suitably ugly—everything seems to be covered with grime.