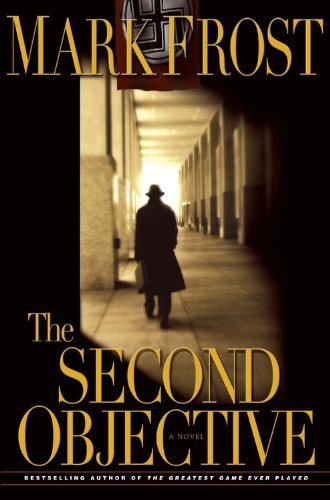 Using WWII's Battle of the Bulge as background, Frost ( ) spins real-life and fictional characters into thriller gold. Hitler assigns his most feared commando, Lt. Col. Otto Skorzeny, to lead a 2,000-man brigade disguised as American troops in Operation Autumn Mist, a last-ditch effort to defeat the western Allies in late 1944 by breaking through the lightly defended Belgium-Luxembourg region. Within this German unit is a special group of 20 commandos who will face almost certain death trying to achieve a secret "second objective." Opposing this force is a U.S. army made up of tired veterans, green troops and one tough MP with the criminal investigation division, Earl Grannit, a New York cop in civilian life. Leading the special contingent of Nazis commandos is SS lieutenant Erich Von Leinsdorf, a supremely intelligent and contemptuously cruel Nazi who will stop at nothing to achieve his objective. Comparisons with are inevitable and not amiss.