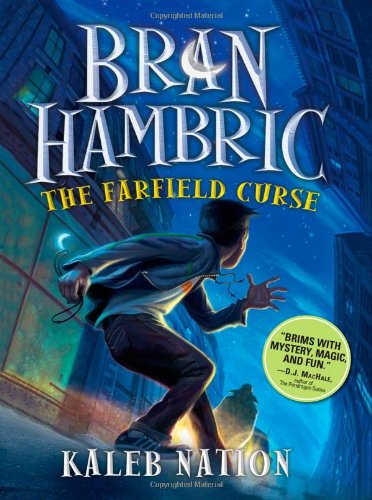 Newcomer Nation makes his debut with this whimsical addition to the “magical orphan” genre, starring the eponymous Bran Hambric, found at age six inside a locked bank vault in the magic-hating city of Dunce. Raised by the banker who found him, Bran leads a normal life until he’s almost 14, at which point a series of events turn his existence upside down. At times quirky, at other times absurd, this story’s similarities to Harry Potter (the discovery of magical abilities, the dark overlord opponent who seeks to transcend death, the “normal” but neglectful adoptive family that raises the hero) leave it hovering between entertaining and derivative. The idea of a city that outlaws magic, in a world filled with gnomes and mages, is a concept that’s filled with potential. However, it suffers from a cutesy tone (though there are some dark moments) and supporting characters whose roles as comic relief border on parody. While it may appeal to those at the younger end of its target audience, more mature readers are less likely to be drawn into the story. Ages 9–12.