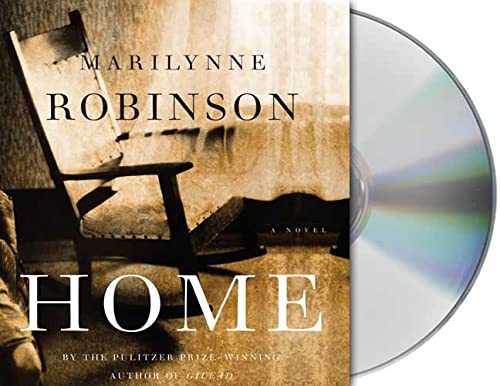 Robinson's third novel, and second returning to the Iowan home of ministers John Ames and Robert Boughton, is a conflict between the responsible father and his prodigal son. Robinson's style is old-fashioned, puzzling over timeless concerns like faith and responsibility. Maggi-Meg Reed is perfectly amenable, retreating into the audio attic and retrieving some of the creakier techniques: a singsong cadence, a hoarse Yankee assurance—a Walter Brennanesque tone—for the Reverend Boughton. That these work so well is testament to Reed, who offered an excellent reading of . It is also a sign of the essential rightness of this particular reading for Robinson's novel. In writing of clergymen and faith, Robinson's prose is near-biblical; Reed's voice conveys a similar depth of feeling and simplicity of expression.