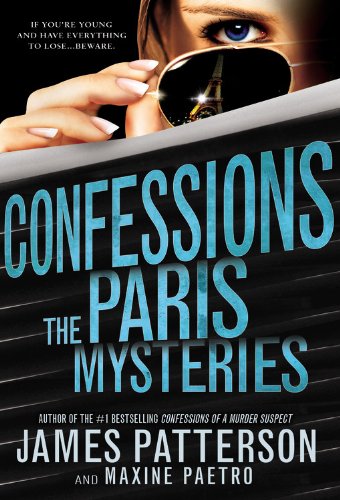 This new entry in the young adult series featuring the fabulously wealthy, undeniably weird Angel orphans finds them in Paris with their uncle Jacob Perlman. This time they’re battling the villainous minions of their sociopath uncle Peter, who is determined to steal their limitless fortune. Previous outings (Confessions of a Murder Suspect and Confessions: The Private School Murders) explained that the Angels’ father was a brilliant scientist with a Big Pharma drug empire, and he and his wife raised their children on a regimen of mood-, mind-, and body-altering drugs. As a result, the series’s narrator, Tandy, is a 17-year-old genius with a penchant for detection; her oldest brother, Matthew, is a New York Giants footballer who’s won the Heisman; her brother Harry is on his way to becoming a top-of-the-charts musician/composer; and her youngest brother, Hugo, is, at the very least, a world-class brat. There’s also an older sister, Catherine, another beautiful genius, whose reported death in a “motorcycle accident in Capetown” now appears to have been an exaggeration. Since Tandy’s confession focuses primarily on her own feelings and activities, it’s crucial that reader Fortgang has found the right voice for her: she narrates this short, inconclusive novel in a mildly peevish, entitled, intemperate manner and is a bit too emotional— just like a billionaire teenager, in other words. As for the less-defined members of the family, Jacob sounds properly noble, Harry speaks with a stoner’s bliss, and Hugo is like Bart Simpson with a silver spoon in his mouth. There’s an otherworldly quality about all of them that stems from their extremely odd upbringing, or perhaps from their present lives of extravagance and excess. Ages 12–up. A Little, Brown hardcover. (Nov.)
close
Details