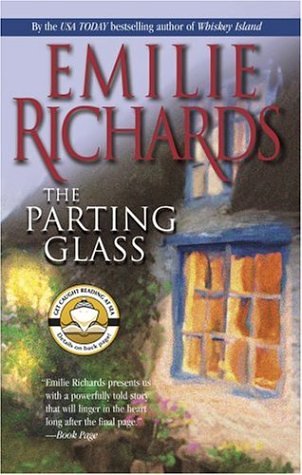 (2000) introduced a large Irish-American family, including the three Donaghue sisters who share ownership of the historic Whiskey Island Saloon in Cleveland overlooking Lake Erie. In this sequel, Megan, the eldest, runs the business and is about to tie the knot with Nick, an ex-priest who works with troubled adolescents; Casey, newly married, is happily pregnant; and Peggy, the youngest, is a single mother who has interrupted her medical studies to care for infant son Kieran, recently diagnosed as autistic. During Megan's gala wedding reception at the saloon, a tornado strikes and the guests are trapped. Luckily, Megan's father remembers the secret tunnel constructed during Prohibition (to accommodate bootleggers) through which the guests crawl to safety. The narrative shifts to a tiny village in Ireland where Peggy has been invited to stay with elderly cousin Irene. Irene's remote cottage is ideal for the rigorous therapy Peggy plans for Kieran, and Irene hopes that the Donaghue sisters may help her solve the mystery of her father's death—he had emigrated to Cleveland. Meanwhile, Peggy is grudgingly attracted to handsome but dour Finn O'Malley, formerly the village physician, who gave up his practice after a tragic accident decimated his family. In Cleveland, restoration of the saloon is in progress but Megan's unhappiness in her new marriage drives her to join Peggy in Ireland. When Casey also arrives, Irene and the three sisters fit the puzzling pieces of their lineage together. A bit of Irish humor might have made this melodramatic tale an easier read, but Richards's heartfelt paeans to love and loyalty sweeten the mix.