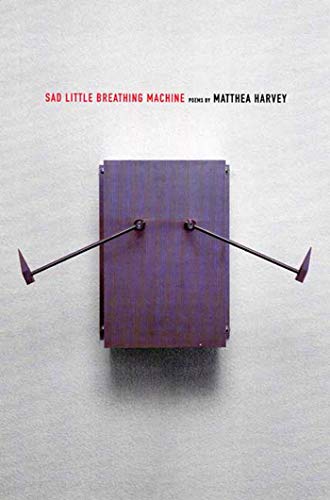 Taut and up-to-the-minute in its intellectual and its formal concerns, Harvey's sophomore effort seems sure to consolidate her status as a young poet to watch. In acute unrhymed couplets, typographically teasing experiments and titles as oddly audacious as the poems themselves ("O the Zoetrope & the Periscope Should Be Friends"), Harvey explores the possibility that people are nothing more than desiring machines; the chance that she and her friends are as predictable as physical law or ephemeral as gossip; and the countervailing weight of love and want. An early poem propositions readers, "Invent the sun & edition the trees": later she explains "I am no relation/ to the sky but to the mechanical// dragon wrapped in tissue paper," or exclaims enticingly, "Frond-fond & pond-proud/ we sugar the obstacle dark." Harvey characteristically combines childhood (or teen) scenes with material from philosophical or literary theory: "Girls who could see around/ corners whispered 'or'/ to one another." Though many younger poets share her interests, few match her verbal assurance, nor her skill in knowing when to stop. Harvey ( ) also includes a series of prose poems constructed like fairy tales (such as "The Transparent Heir Apparent"); these allegorical stories ballast what might otherwise seem an overexcited, or overly elliptical, collection. Admirers of Brenda Hillman, or even Anne Carson, may find here a new favorite. And although fans of Deleuze and Guattari's based desiring machines may find the scale here claustrophobic, reduction is precisely the poet's problematic, explored with force and imagination.