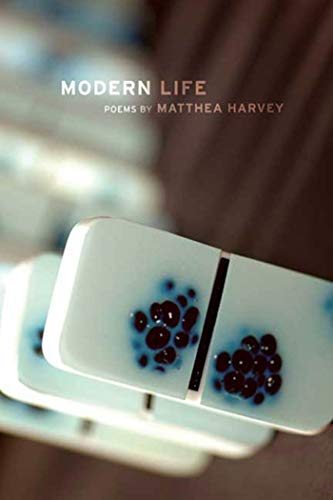 The verse and prose poems of this third collection by Harvey is rife with her signature wit (“the factory puffs its own set of clouds”), darkened by an ominous sense of fearfulness in a post-9/11 world, which the poems' seeming levity tries to combat. The backbone of the collection is a pair of sequences—titled “The Future of Terror” and “Terror of the Future”—that explore those two increasingly loaded words using a clever alphabetical system with surprisingly haunting results: “We were just a gumdrop on the grid.” Prose poems bookending the sequences present a fable about a lonely robot (“When Robo-Boy feels babyish, he has the option of really reverting”); a study of appetite (“Ma gave Dinna' Pig his name so that no-one would forget where that pig was headed”); an explanation of how the impossibility of mind-reading led to love (“Even when they press their ears or mouths or noses together, the skull wall is still in the way”); and an unlikely dinner ritual (“rip the silhouette from the sky and drag it inside”). A few short, lineated poems punctuate the blocks of prose: “World, I'm no one/ to complain about you.” Harvey continues to match her unique sensibility with subjects that matter; her poems are both empathic and delightful.