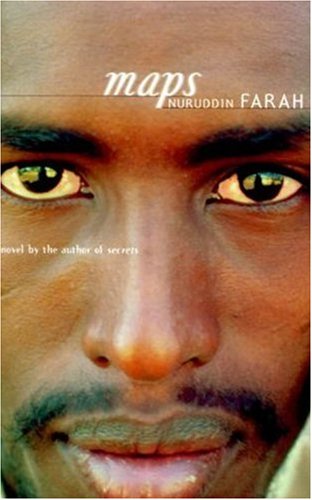 Maps and Gifts (see below) are the first two volumes in Farah's second trilogy, Blood in the Sun (after the acclaimed, three-volume Variations on the Theme of an African Dictatorship), but they stand as prequels to the previously published, award-winning third volume, Secrets (1998). This pair of works by Farah, a chronicler of modern Africa's sociopolitical turbulence and growth who has lived in exile from his native Somalia since 1974, are being released in hardcover in the U.S. for the first time, though they have been available abroad for several years. Of the two novels, Maps is the richer in concept and execution, beautifully worked in the dense, intricate prose for which Farah is known. Askar, orphaned as a child, is rescued from his dead mother's side and raised in a small village by Misra, an older woman who develops a mysterious, protective bond with him. Even when he moves to the capital to live with his prosperous Uncle Hilaal, Askar's origins continue to preoccupy him, and he grows into a serious, introspective youth fixed on the urgent question of his identity. Hilaal, the cook and nurturer in his city home, is able to provide some answers for his baffled nephew on the subjects of African tradition, Somalian manhood and selflessness. Employing a poetic, imaginative style, Farah skillfully juxtaposes Askar's emotional turmoil and the struggles of his beloved Somalia under siege, as the characters try to understand why blood must be shed for territorial gain. In the end, Askar must choose between avenging his soldier father's death by joining the army, or pursuing his academic studies, but the choice is taken out of his hands by powerful external forces. (Aug.)
close
Details