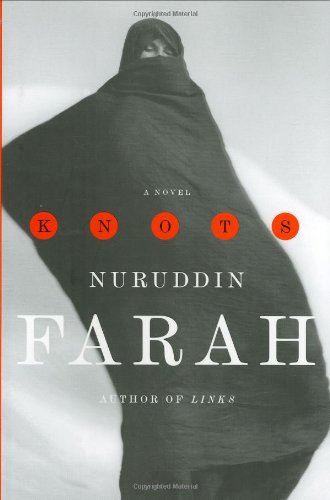 Somalia-born Farah's ninth novel (after , first in a trilogy of which this is the second book) tells the spellbinding story of Cambara, a Somalian émigré to Canada. Cambara is mourning her only son's drowning death—in the Toronto pool of her abusive lawyer husband's mistress. In the aftermath, Cambara resolves to leave her husband, journey to Somalia and wrest control of her parents' property from warlord squatters. Her journey is mesmerizing.

Cambara's first stop in Mogadiscio (aka Mogadishu, where the novel opens) is the filthy home of her foul-smelling cousin Zaak, a narcotic-chewing churl to whom she was briefly married. Zaak brings her up-to-date on the devastation to Somali society wrought by civil war and warlord rule: murderous AK-47–wielding youths; collapsed, empty theaters whose props have been burned for firewood (Cambara has worked as an actress and a makeup artist); constant mortal danger, despair and boredom. Cambara soon decamps for the relative luxury of an upscale hotel managed by Kiin, an unflappable woman who links Cambara to the Woman for Peace network, an organization of strong-willed activists that facilitates her daring production of a "play for peace." Kiin's web of connections also includes battle-hardened bodyguard Dajaal, who mobilizes others to drive the warlord's troops out of Cambara's family residence, which she then reoccupies to rehearse her play. Farah's depiction of the riotous urban madness that is Mogadiscio, where youth militias roam the ravaged streets of a once-cosmopolitan city, is both relentless and remorseful. But there is hope, too, in how Farah writes about the everyday heroics of people attempting to lead normal lives in the midst of savagely abnormal times.

Farah describes these events in a lilting, poetic prose that is hypnotic in its ability to trace both the contradictions and hesitations of his protagonist and the complexities of Somali life. Despite its heavy subject, joy suffuses the novel. There have been Nobel rumblings about Farah for some time: certainly his ability to create a heroine whose power and depth of personality almost overwhelms the book written to contain her recalls the Australian laureate Patrick White. Few readers who let Cambara into their lives will easily forget her.