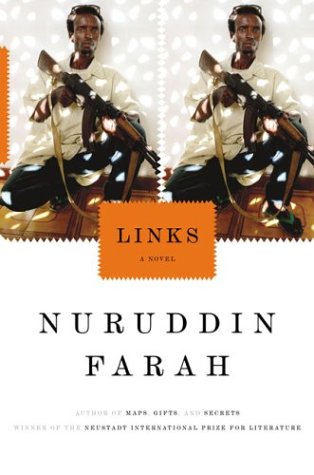 In this stunning, timely novel from the internationally acclaimed Somalian writer Farah ( , etc.), Jeebleh, a middle-aged Somalian, leaves his family in New York to return for the first time in 20 years to his birthplace, civil war–torn Mogadishu. Having been a political prisoner before leaving the country, he's not anxious to go back, but feels responsibility for his family (he must settle his late mother's accounts, and make peace with her spirit) and for his oldest friend, Bile, whose niece, Raasta, and her playmate have been kidnapped. Bile's murderous, hedonistic stepbrother, Caloosha—who'd had Jeebleh imprisoned, two decades earlier—is now one of the city's notorious clan warlords and likely involved in the kidnapping. Jeebleh is horrified to see a city familiar yet terribly changed, where he is surrounded by gun-toting, -chewing teenagers with hair-trigger tempers, family elders offended by his refusal to give them money to buy arms, and an associate of Caloosha's who collects dead bodies for reburial. Jeebleh fulfills his duties and reawakens his connections with his clan only when he sets his ideals aside, as he makes his way through the country's political and social labyrinths. Farah skillfully delineates the emotional transformations that take place in Jeebleh as he becomes accustomed to his changed homeland, a corrupt society where powerless citizens act on a moment-to-moment basis, whether for good or for ill, in order to survive, and where—as both Jeebleh and the reader discover—nothing is as simple as it first appears. The publication of this beautifully written book should be one of the year's literary events.